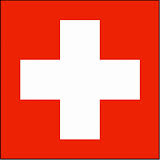 This game will be the battle for second place in Group C.  Both Switzerland and the Czech Republic lost tight battles with Sweden, while also winning equally tight battles against Latvia.  Now the two nations face-off to battle for the second spot Group C and the potential for a bye into the quarterfinals.

Although this game does have the potential to find the final bye entry into the quarterfinals it is likely that both of these teams will be forced to play in the play-in games regardless of the outcome.  This is because both the Czech Republic and Switzerland are at 0 in terms of goal differential, while Finland is already +9 and Canada is +8, each with 6 points already in group B.  Therefore one of these teams would have to blow the other out, while also having a blow out in the Canada vs Finland game for either team to walk into the quarters.

Regardless though, it will be a very interesting game.

Here are the odds from Bet365.com, our top rated Olympics betting site.

**If you are from the USA you cannot bet at Bet365.  Instead I suggest you bet through Bovada.lv a great bookie for Americans.

Switzerland is a very strong defensive team.  They only lost to Sweden by a score of 1-0 and actually looked like the better team for much of this game.  In the Latvian game the Swiss simply could not score, but finally found the back of the net with 8 seconds left.  I don’t expect the Czech Republic to be able to generate much offense against this very fast Swiss team.

If Switzerland can find the back of the net a couple times in this game I think they have a good chance to win.  I expect Switzerland to get the majority of chances in this one, but it will come down to if they are able to finish which they have not been able to do well to this point in the tournament.  That said I like the odds of +145 to win outright even though the -222 is also appealing because I don’t see this being a blowout.