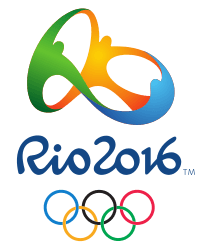 The United States men’s basketball team survived another scare on Friday against a very resilient Serbian team that almost had the biggest upset of the tournament in what would have been the biggest basketball win in the country’s history. With the win, the Americans remain in first place in Group A, and will play France on Sunday.

The U.S.’s 94-91 win over Serbia gave them their 21st consecutive Olympic victory and 49th consecutive international victory, but it also showed some of the biggest flaws on the team, which is something their opponents will try to explore.

Bet on the game at Bovada.lv.

One of the flaws that was exposed is the team’s poor defensive play, which has almost cost them two games at the Olympics so far. The team’s defense was initially exposed by Australia, who created the blueprint that Serbia followed.

Despite having wing players like Klay Thompson, Kevin Durant, and Paul George, the U.S. had trouble defending wing players. They messed up switches on the perimeter, and have been surprisingly unable to get around screens quickly. The inability to play defense consistently is something the team needs to work on if they don’t want to go home early.

The Americans, who came into the Olympics as overwhelming favorites, have shown that they can be beaten, and also haven’t faced the best teams in the tournament yet, which is something that is causing some concern with fans.

The U.S. team also struggled scoring late in the game despite having some of the most talented scorers in the world on the team. The team couldn’t hit a shot in the final two minutes of the game, and would have been in trouble if Bogdan Bogdanovic’s three point shot at the end of regulation had gone in, forcing overtime.

“When we’re playing, we think it’s a huge game,” U.S. coach Mike Krzyzewski said. “When our opponents play, it’s a huge game and we’re going to get their best shot, and it’s kind of free money. (They) play a game like this and (they’re) going to be celebrated win or lose. For us, that’s not the case – ever. We just have to understand that.”

After leading the team in scoring against Australia, Carmelo Anthony had a quiet game for the Americans. Anthony finished with 12 points, while Kyrie Irving led the team with 15 points.

Despite not being as talented as the Australian team that gave the U.S. a run earlier in the week, Serbia is still very talented, and the team has been together for a while, making them more comfortable with each other.

After the scare, it will be interesting to see how the U.S. reacts against France, a team that still has a chance to win the group with a victory over the United States on Sunday.

After a disappointing loss to Australia in their opening match, the French have won three straight games, defeating Serbia, Venezuela and China.

Bovada.lv has the Americans favoured in this one by 18.5 points. Here’s a full Bovada review.

The French will give the Americans a run for their money, but they don’t have enough firepower to win the game so I’m picking the Americans to win big.