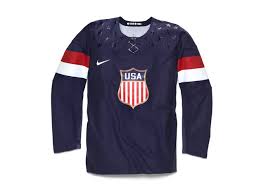 Team USA dominated the Slovakians in their first outing of the tournament winning 7-1.  I expected this to be a closer game than this, but when the flood gates opened the Americans didn’t let up.  In the other game Russia beat Slovenia by a score of 5-2, which was a much smaller margin than was expected.

Here are the odds from Bovada sportsbook.

**Bovada only accepts American bettors.  If you are from Canada or Europe, I suggest betting with Bet365.com.  The odds will be very similar.

I personally don’t know why Team Russia is the favourite in this game.  Their defense is suspect as shown by allowing two goals to Slovenia.  Pavel Datsyuk is playing at half speed and the defenders on Russia simply won’t be able to stop Team USA’s top end talent.  Phil Kessel is on fire right now and although the 7-1 score doesn’t really show the whole story of the Slovakia game, Team USA was able to crush a legitimate top 8 team in this tournament.

I expect Team USA’s forwards to create a lot of chances in the offensive zone against a Russian team that is lacking in the defender department.  This should keep the puck out of the talented Russian forwards and allow Team USA to dictate the game.  I like Team USA in this one.

I actually like Team USA to win by more than 2 goals, which has odds of +325, but I’m going to stick with the moneyline in this one to be safe.

The game starts at 7:30am EST so it is doable for those willing to wake up early and see these power house nations battle it out.