Where To Bet On The 2014 Golden Globes – Odds and Picks 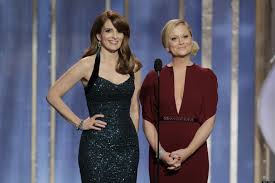 The 2014 Golden Globe Awards are set to be handed out this coming Sunday, January 12th.  You can catch all of the action live on NBC.  Tina Fey and Amy Poehler will be hosting the event so it should be a good time.

Let’s get right down to it.  If you are interested in betting on the Golden Globes I suggest using either 5Dimes.eu or Bovada.lv (Bodog for Canadians).  These are two of the most recognized, trustworthy and user friendly sportsbooks online, and both of them accept bettors from the United States and around the world.  When I break down the categories with the odds associated I will let you know where those odds come from out of those two online bookies (if one is giving more bettor friendly odds).  I’m using decimal odds format, which you can read about here if you don’t understand it.

Out of these three movies I personally have only seen Gravity and Captain Phillips.  I personally didn’t really like Gravity as I found it very slow moving and just completely unbelievable.  I haven’t yet seen 12 Years a Slave, but it is definitely on the to do list as I have only heard good things.

Best Actor in a Drama

Robert Redford is the only actor in All Is Lost and he has to carry the film without much dialogue at all.  That is a very difficult thing to do and it could be rewarded by the Globe voters.  That said 12 Years a Slave has been given such praise I expect it to somewhat sweep these awards.

Best Actress in a Drama

I will be surprised if Sandra Bullock wins this award.  As I said earlier I didn’t like Gravity and I think she may have been part of the reason.

American Hustle and The Wolf of Wall Street are the only two films on this list that I’ve seen and I thoroughly enjoyed both of them.  I personally liked The Wolf better, but it’s excess may be it’s downfall in this category.

Best Actor in a Musical or Comedy

I do like Leo to take this award though as he had some intense monologues throughout the film and really had to carry the entire 3 hour long spectacle.

Best Actress in a Musical or Comedy

I thought Amy Adams was amazing in American Hustle, but I didn’t see any of the other films so I cannot comment too much on this category.

There are several other Golden Globe categories that you can also bet on, such as the best supporting actor/actress in both the drama and musical/comedy categories, the best director, best screenplay, best animated feature and more.  I suggest using Bovada.lv as they are taking bets on more of these lower profile categories, but 5Dimes is a good choice if they have better odds for the film or actor/actress you expect to win a category.

To bet, just head to either 5Dimes.eu or Bovada.lv, sign up an account, make a deposit and place your bets.

At Bovada.lv you will find the odds by clicking on ‘Entertainment’ and ‘Film/Television Props’ in the side menu of the sportsbook.

At 5Dimes.eu you will find the odds under the ‘Other Sports’ heading and ‘Futures’.

Good luck with your bets and take the time to watch all of these amazing movies!