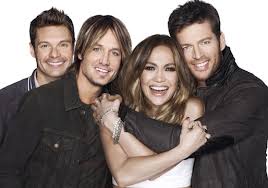 The latest American Idol series is down to just 6 remaining performers.  Jena Irene Asciutto has emerged as the clear favorite to win the show, but if I’ve learned anything from past American Idol seasons, it’s not over until the finale is complete.  Each of the remaining singers is very talented and could surprise if American votes in that direction.

You can bet on American Idol season 13 at Bovada.  Here are the odds for the remaining six hopefuls as of the writing of this post:

The odds will change each week so you should visit Bovada.lv on your own to see the up to date odds.  Once at the site click on ‘Entertainment’ and ‘Film/Television Props’ to see the odds for American Idol.

Jena Irene has emerged as the front runner in the competition.  The teenager has evolved a lot during the competition and could very easily win it.  Here was her performance from last week:

Alex is the other big favorite here. He is the oddsmakers closest competition to Jena. Alex played an original for his audition and really impressed.

The only other performer really being given a shot at winning is Caleb Johnson. At 7/2 he’s the only other contestant with better odds than 20/1. I personally think he has a very good shot because he has a completely different style to the other 2 performers. They are apples and oranges so it’s really up to the judges. Here is Caleb’s last performance:

There are only a few weeks left and the odds will change each week. Get your bets in now at Bovada.lv if you are a fan of the show and think you know which singer will win!
April 21, 2014 Niko Entertainment No Comments