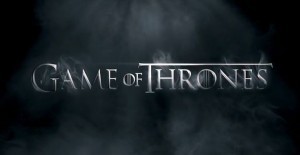 Do you think you know how the Game Of Thrones television series is going to end?  If so you could turn that knowledge into cash.  Online sportsbook, Bovada.lv, has published some interesting prop bets for the Game of Thrones TV series.  There are two prop bets you can make and each is very interesting.

One bet is about which character will be the ruling King or Queen of Westeros at the end of the series.  For this bet you’d have to be in for the long haul because based on the popularity of the TV series I expect GoT to have several more seasons.

The other bet they have is the classic, which character will perish next.  With this bet it will almost certainly be graded next episode because we all know how many deaths occur in the GoT universe.  I think this is a smarter bet just purely based on your cash not being tied up at Bovada.lv for the next few years.

**And before anyone goes and reads the books to try and get some free money, just know that the books and TV show are not lining up perfectly anymore.

Let’s look at the odds for each of these bets:

Ruling King or Queen at End of GoT TV Series

A lot of these names just wouldn’t make any sense as the King or Queen of Westeros.  Daenerys is the odds on favourite and I’m sure if you asked a lot of GoT fans they would expect her to be ruling at the completion of the series.  That’s precisely why I think it may not happen.

Jon Snow at 3/1 is a bit of a surprise considering he was just stabbed to death.  This shows that almost everyone expects Jon Snow to return to the show in some way in future seasons.

I’m not sure we’ve even been introduced to Aegon yet, so him at 6/1 is purely from a book standpoint.  Who knows what will happen with him.

Petyr Baelish always seems to be advancing up the pecking order, but I think it’s a bit much to expect him to land at the very top.

Bran or Rickon weren’t in the story last season, but that doesn’t mean they aren’t still alive with the opportunity to make things happen in the future.  This is my favourite bet of the bunch at 16/1.  I expect the series to go for a while and for these two to become a big part of the storyline.

Next To Perish in Game Of Thrones

The length of the list goes to show just how unpredictable Game of Thrones is.  Any of these characters could die in the next episode and your guess is as good as mine.

If you think you have an idea you can put down some cash at Bovada.lv.  I can almost guarantee that a death will occur in the first episode of next season, so if you get it right you’ll be cashing fairly soon.

To find the Game of Thrones prop betting odds visit Bovada.lv and click on the ‘Film/Television Props’ under ‘Entertainment’ in the left sidebar of the Sportsbook.