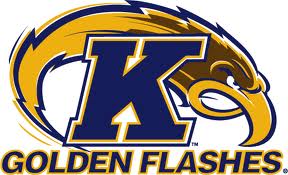 Northern Illinois and Kent State have both done the MAC proud this year.  The teams have identical 11-1 record and are each 8-0 in the Mid-American Conference.  They weren’t scheduled to face each other in Conference play this year, which turned out to be a good thing as you don’t often have two undefeated teams from Conference play meeting in the title game.

Northern Illinois has steadily been rising the college football ranks this season.  They’ve won 11 straight after losing their opening game to Iowa by a single point.  Since then they’ve absolutely been demolishing teams.  That being said the MAC isn’t the most difficult Conference, and Northern Illinois didn’t have to play that tough of out of Conference teams (Kansas and Army have each had poor seasons).

Kent State is another team that only lost 1 game on the year and that was to Kentucky on the road in their second game of the season.  The difference between Kent State and Northern Illinois is that Kent State didn’t play their 3 out of Conference games to start the season.  Instead they played two and then had another couple out of Conference games in October.  They also played, and beat, Army (by much more than Northern Illinois).  And they also played a Rutgers team from the Big East that was ranked #15 at the time and defeated them on the road.  Kent State hasn’t been getting the huge wins that the Huskies have, but they’ve been getting the job done and have proven themselves against better opponents.

Here are the odds for this game from Bovada.lv, one of our top rated bookies:

The line opened with Northern Illinois as 5 point favorites, but it has lengthened significantly and it might even get to 8 by kick off.

I like Kent State in this game.  They haven’t been as dominant over the MAC opponents as Northern Illinois, but they have shown that they can defeat other top teams (Rutgers) and also defeated Army (another out of Conference team) by more than Northern Illinois.

In fact I kind of like the +240 money line on Kent State that I’m seeing at 5Dimes.eu.

How To Bet On MAC Title Game

Click here to visit Bovada.lv.  Once there you can proceed to open a new account and fund it with a deposit.  After that you can find the college football bets in the Football section under College Football Lines.  Find the Northern Illinois vs Kent State game and place your wagers!