My predictions record on the season is still 6-3 after my last game pick ended up being postponed. I like the Padres-Cardinals match-up this evening. 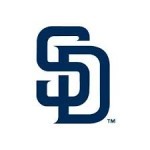 The San Diego Padres come in to tonight’s match-up in St. Louis fresh off a 3-game sweep of the Rockies and winners of their last 5 games overall. In those 5 games the Padres have outscored their opponents 23-10. The team has allowed 3 runs or less in 13 of their last 15 games. They currently sit in 3rd place in the NL West, 10.5 game behind the Dodgers. The team has struggled on the road this season as they have the 3rd fewest road wins (23) in the majors. Their starting pitcher tonight is Eric Stults. Stults has a 5-13 record with a 4.76 era. He has recorded 2 wins in his last 2 starts. In those 2 starts he only allowed a total of one earned run. The St. Louis Cardinals begin this 4 game series with the Padres in a bit of a slump as they lost 4 of their last 6 games. In those 6 games they’ve allowed an average of 6 runs per game. The team has fallen to 3rd place in the NL Central as they sit 2 games behind the Brewers. They currently hold the 2nd NL wildcard spot. Their starting pitcher tonight is John Lackey. Lackey has a 12-8 record with a 3.98 era and 123 strikeouts. He has a 1-1 record as a starter with the Cardinals after he was acquired by them on July 31st. In his last start he was rocked for 9 earned runs on 13 hits against the Orioles on August 9th.

Despite the strong pitching performances by the Padres lately I expect Lackey to shrug off the memories of his previous bad start and will be dealing K’s for the Cards tonight. The Cardinals offense will support him with at least 4-5 runs. 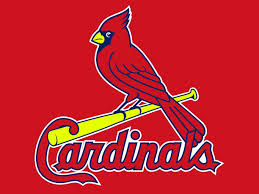