Bet On The Oscars 2015 – Betting Odds and Picks 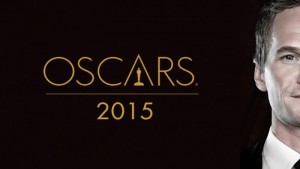 The Oscars are often considered the most important awards for cinema each year.  This year they’re taking place on February 22nd, in LA and there are some great movies up for nomination.  It’s always interesting to see how The Oscars compare with the Golden Globes from year to year.  I’m sure that the majority of Golden Globe winners will also be the favourites to win their respective category at this years Oscars.

Let’s get right into it.  All of the odds I’m using are from Bovada.lv, which is my favourite site for betting on entertainment.  They only accept American bettors though, but if you’re from Canada then you can use Bodog.eu, which is the sister site of Bovada.

Birdman was overlooked at the Golden Globe having lost out to The Grand Budapest Hotel in the Musical or Comedy category.  I’m a little bit surprised it’s the favourite here over Boyhood, which won the Globe for best Drama.  My money in this category is on Boyhood at 6/5, but I actually think Whiplash could be a dark horse.

This is the category I think Birdman takes home the prize.  The directing for that film must have been very difficult in order for it to look like one take for large portions of the movie.

I actually think Steve Carrell has a shot at this one.  His portrayal of John E. du Pont was spot on and very creepy.  Eddie Redmayne does probably win it though with his spot on portrayal of Stephen Hawking.

This category seems to be already decided with Julianne Moore being a massive favourite.

This one looks like a lock as well and I have to say I would be shocked if JK Simmons did not win this award.

That’s just a few of the categories you can bet on at Bovada.lv.

To find the up to date odds visit Bovada.lv and click on the ‘Entertainment’ drop down menu from the left sidebar and follow that up with ‘Film & Television Props’.  This will bring you to the page with all of the Oscars odds.

The odds may change between now and February 22nd, so I suggest checking out the site rather than taking my odds above at face value.