On the heels of Kanye West’s marriage to Kim Kardashian online sportsbook Bovada.lv has decided to offer bettors some interesting celebrity marriage prop bets.  Well, they are actually celebrity divorce props.  In the world of high profile marriages we have often seen just as high profile divorces.  Perhaps being in the public eye and knowing that you could just as quickly find another A-list star to keep you company isn’t conducive to successful marriage life.  Anyways, there are currently five celebrity marriages which you can bet on at Bovada.lv.  Let’s take a look: 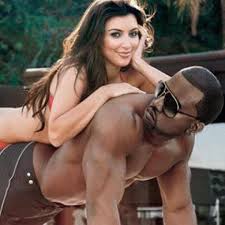 Will either Kim Kardashian or Kanye West file for divorce on or before December 31st, 2015?

These two just got married, but we’ve seen in the past that marriages can crumble quickly.  If you get past the first few bumps then you might be in for the long haul.  For this reason I would probably take the +500 for Yes in this case.

Will Jay Z or Beyonce file for divorce before December 31st, 2015?

I’m surprised at these odds because these two seem happy.  They have been married since 2008 so I’m not sure what will happen in the next year for these two to call it quits.  I expect them to stay together and would take the No at -200.

Will Nick Cannon or Mariah Carey file for divorce on or before December 31st, 2015?

I don’t expect these two to split either.  They’ve been together for 6 years now and have children together.  I expect them to still be married after next year.

Will Ben Affleck or Jennifer Garner file for divorce on or before December 31st, 2015?

These two might be the longest married couple on the list here and they actually have 3 kids.  They’ve been married since June of 2005, so I’m surprised at these odds that imply there may be some trouble in paradise.  I still expect them to be together though.

Will Tom Hanks or Rita Wilson file for divorce on or before December 31st, 2015?

The odds suggest there is very little chance these two split.  They’ve been married since 1988 so something would likely have to go very wrong for them to get a divorce.  This looks like just a fun prop added by Bovada.

If you’re into celebrity marriages these may be some fun props for you to bet on.  But remember that your funds will be locked up until the end of 2015, so taking into account the time value of money you should be very certain on your choice before placing your bet.