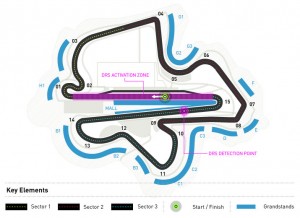 The F1 season got kicked off in Australia a couple weeks back with Nico Rosberg taking down the checkered flag.  Lewis Hamilton had some wiring troubles and had to bow out of the race.  That said he is still the favourite heading into the Malaysian race.  Hamilton and Rosberg are by far the biggest favourites according to the oddsmakers with the other racers not much more than an after thought.  It will be interesting to see which of these phenomenal drivers win in Malaysia or if someone who is being overlooked can rise to the occasion.

Here are a few of the F1 bets that you can make on the 2014 Malaysian Grand Prix with odds from Bet365.

Here are the odds for the outright race winner from Bet365.com.  Nico Rosberg took down the Australian Grand Prix two weeks ago, but he’s still just the second favourite in Malaysia.

The oddsmakers think it’s going to be a battle between Hamilton and Rosberg for the win, with the other top drivers being nothing more than an after thought.  Hamilton was forced out of the race in Melbourne due to wiring problems with the engine, but he is still the favourite heading into Malaysia.

Hamilton and Rosberg are also looked at as having the fastest car for the qualifying times, not just the ability to win the race.  They are even bigger favourites to get the pole position in Malaysia than they are to win the race.

Hamilton and Rosberg are both expected to finish in the top 3.  But remember that drivers will have to pull out of races sometimes, like what happened to Hamilton last week.  Hamilton was 8/13 to finish on the podium in Australia and he didn’t even finish the race.

I think this is an interesting bet because Hamilton was forced to withdraw after a few laps in Australia due to a misfiring cylinder in the engine.  Even with this unreliability Mercedes is still the least likely constructor to retire first in Malaysia.  Perhaps because they will be extra thorough in preventing another problem.

There are a lot more bets that can be made on this F1 race.  Check out Bet365.com for all of the betting options and the full odds for each of the bets I outlined above.  Click on ‘Motor Sports’ followed by ‘Formula 1’ at Bet365 to see all of the action for the Malaysia Grand Prix.