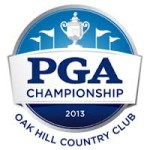 Tiger Woods is coming off a big win last week at the Bridgestone Invitational last week.  Woods shot a -15 and won the tournament by 7 strokes.  This dominant play, coupled with the fact that he has had a remarkable year (leads the money race and has 5 wins) has Woods as the overwhelming favorite to take down the PGA Championship and win his 15th major.  That said Woods has not won a Major since 2008 and even though he has played some great golf this year, winning that next Major seems to be quite difficult for him.

Online sportsbook, Bovada is our recommended bookie for betting on golf and is an all around great spot for Americans looking to do their sports betting online.  Let’s take a look at some of the favourites for this major tournament from Bovada.

To see the full list of players participating and the odds associated with them, click here to visit Bovada.lv.

As you can see Woods is being given a 25% chance to win his 15th Major, and this is primarily based on the form he showed last week in Ohio.

Adam Scott won The Masters this year, but that is his only tournament win this year.  He shot a -2 last week at Bridgestone, which was 13 strokes worse than Tiger.  Scott does really like the Oakhill Golf Course though, with it’s straight forward design.  He will be one to watch for this week, but I don’t think he takes home his second Major of the season.

Phil Mickelson is the other +1600 player and has won the most recent Major at the Open Championship.  He also finished tied for second at the US Open this year so he knows how to bring his A game to the big tournaments.  He was +1 last week at the Bridgestone Invitational, so he will have to up his game to compete at the PGA Championship.  That said the Open Championship win is only a few weeks removed.

Rory McIlroy is an interesting player with a ton of potential, but he hasn’t had the best of years.  He shot a +2 last week at the Bridgestone Invitational, so he still hasn’t found his game from last year.  That said at +3500 he could be a smart bet simply based on what he has the ability to do.

How To Bet On The 2013 PGA Championship

To bet on the 2013 PGA Championship outright winner you will first need to open a Bovada.lv account.  Do so by clicking here.

After you have deposited your funds you will then find the odds by clicking on the ‘Golf’ link in the left sidebar, followed by ‘PGA Tour’.  There is a massive list of players who are participating in the tournament, each with set odds of winning it all.

Bovada also offers some prop bets for the tournament.  Here are just a few of them:

Lowest score of round 1 based on groups of 5 players.

There is also a prop bet with handicaps for each player.  For example, Tiger Woods is scratch, which Phil Mickelson has a -4 handicap, McIlroy a -6, Luke Donald a -7 and so on.

Bovada also has a wide variety of head to head betting odds, many of which surround Tiger Woods.

Bovada has made it so there is a massive amount of betting options for the 2013 PGA Championship.  Head to Bovada.lv now to check them all out.