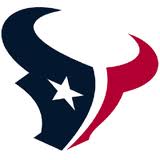 The Houston Texans won the AFC South for the second consecutive time last year despite poor quarterback play, thanks to the poor play of the rest of the division. This year, Houston will be trying to make it three consecutive AFC South titles for the first time in franchise history.

The Texans will open the season with a new starting quarterback for the third consecutive season, after trading last year’s top acquisition, Brock Osweiler, to the Cleveland Browns during the offseason. Osweiler, who came to Houston after winning a Super Bowl with the Denver Broncos the year before, didn’t live up to expectations and was benched in favor of backup Tom Savage towards the end of the season.

Houston used their top pick in the NFL Draft on ACC Player of the Year, Desean Watson, who led the Clemson Tigers to the national championship. The team is hoping the rookie quarterback is the long-term solution to their quarterback woes.

The Texans will also be getting three-time Defensive Player of the Year J.J. Watt back in the lineup, after missing most of last season with an injury.

In this article I’m going to look at the various futures bets you can make on the Atlanta Falcons 2017 season.  I’ll look at their Super Bowl odds, as well as their odds to win the NFC East, total wins and their week 1 game.

The Texans have the fifth best odds of winning the Super Bowl, but they will have a lot of competition in the AFC. The New England Patriots (+375), the Pittsburgh Steelers (+1200), the Oakland Raiders (+1200), and the Denver Broncos (+2200) have more talented rosters than the Texans.

The fact that Houston will also be starting a rookie quarterback doesn’t bode well for the team because all the teams mentioned above, with the exception of Pittsburgh, have defenses that will make life miserable for Watson. At their current odds, I will stay away from the Texans.

Houston has the best odds to win the division, but I think the Colts will finish on top of the division when the season is over. Houston’s defense will keep them in a lot of games, but their offense is most likely going to continue to be a liability.

The Titans are also very talented and have a real chance of winning the division. Jacksonville added some good players in the offseason again, but it never seems to translate on the field once the season starts. However, they could also pose problems for the Texans.

The Texans have won nine games in three consecutive seasons, even with a rookie quarterback, their defense is good enough to help them get to nine wins once again.

The Texans open up the season at home against the Jacksonville Jaguars. The point spread for the game is -4 in favor of the Texans. The over/under on total points scored is 42 at -110.

Desean Watson will be making his first career NFL start against a rival team that will be itching to get after him. The Texans might win the game but I’m picking the Jaguars to cover the spread.