Mens Downhill Skiing Odds and Betting for the Winter Olympics

The Men’s Downhill is the first Alpine Skiing event to take place at this years Winter Olympics.  Aksel Lund Svindal of Norway is the favourite to win the event and add a gold medal to the Norwegians hopes of finishing atop the medal standings (they are the favourites heading into Sochi).  The event begins on February 9th at 11:00 am in Sochi time.  Click here to check out the events official page at the Sochi 2014 website.

As much as the Norwegian is the favourite there are still several other strong athletes who the oddsmakers are giving a decent shot of finishing the day on top of the podium.

Here are the odds from Bet365.com, our top rated bookie for betting on the Winter Olympics.  **Americans are not accepted at Bet365, so they should instead find their odds at Bovada.lv.

Those are all of the athletes with better than 30/1 odds.  You can see the entire list of odds for each skier at Bet365.com.

Aksel Lund Svindal is a 31 year old who won the downhill World Cup this past season.  He also won the World Championships race in Schladming in 2013.  This racing season he has already won 2 of the downhill events that have taken place on tour thus far. 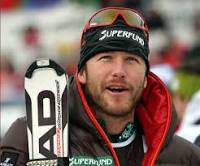 Bode Miller is the other main favourite in this race.  Bode has been around for a while.  He is 36 years old and actually won the bronze in this same event in Vancouver 4 years ago.  He skipped last season following a knee surgery to make sure he was ready for this years Olympics.  With a year of getting his body ready under his belt Miller could be a big threat in this event in Sochi.  It is somewhat surprising that Miller has such short odds in this event, but it may be his big name that is making the oddsmakers give him more of an edge than he may deserve.

After these two there are several skiers with similar odds that each have a chance in Sochi.  It will be interesting to see which one thrives under the pressure of these Olympic Games and takes down the gold.

Click here to visit Bet365.com and place your bets on this event.